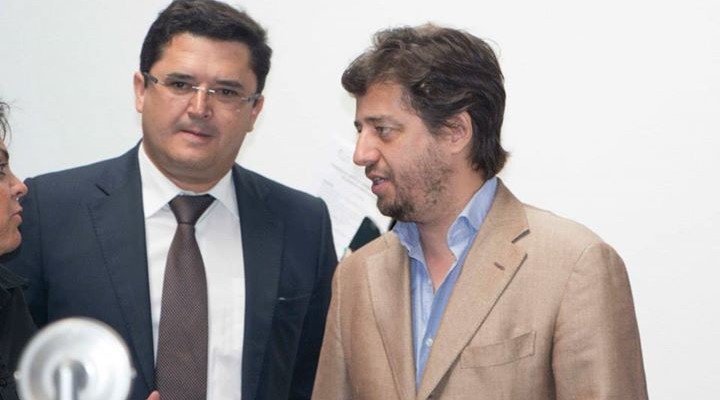 Alcoutim receives the visit of the Deputy Minister

Alcoutim’s Municipality received the visit of the Deputy Minister for Local Develpment, Miguel Poiares Maduro, included in a series of visits he has been doing to the so called “Guide for the low density territories” with the objective to get to know the “best practices” for the public and private initiatives, with the scope to enrich the territory and its competitive factors.

The deputy minister was welcomed by the Municipality President, Osvaldo dos Santos Gonçalves, and by aldermans Paulo Paulino and José Galrito, also by the city council President António Amorim and the parish council presidents from  Martinlongo and Alcoutim, Aníbal Cardeira and João Carlos Simões.

During this brief passage through Alcoutim, where the Algarve visits cycle started, the minister responsible for local development was accompanied by CCDR Algarve’s President David Santos, and it’s vice-presidents Nuno Marques and Adriano Guerra.

In this county, the entourage visited two success projects, both financed through Algarve21 operational program, that are the example of its capacity to potentiate the local resources and to promote the employment creation and welth, namely the Enercoutim project, a solar energy platform in Martim Longo, and the company Dandle&Vasquez, based at the enterprise park in Balurcos.